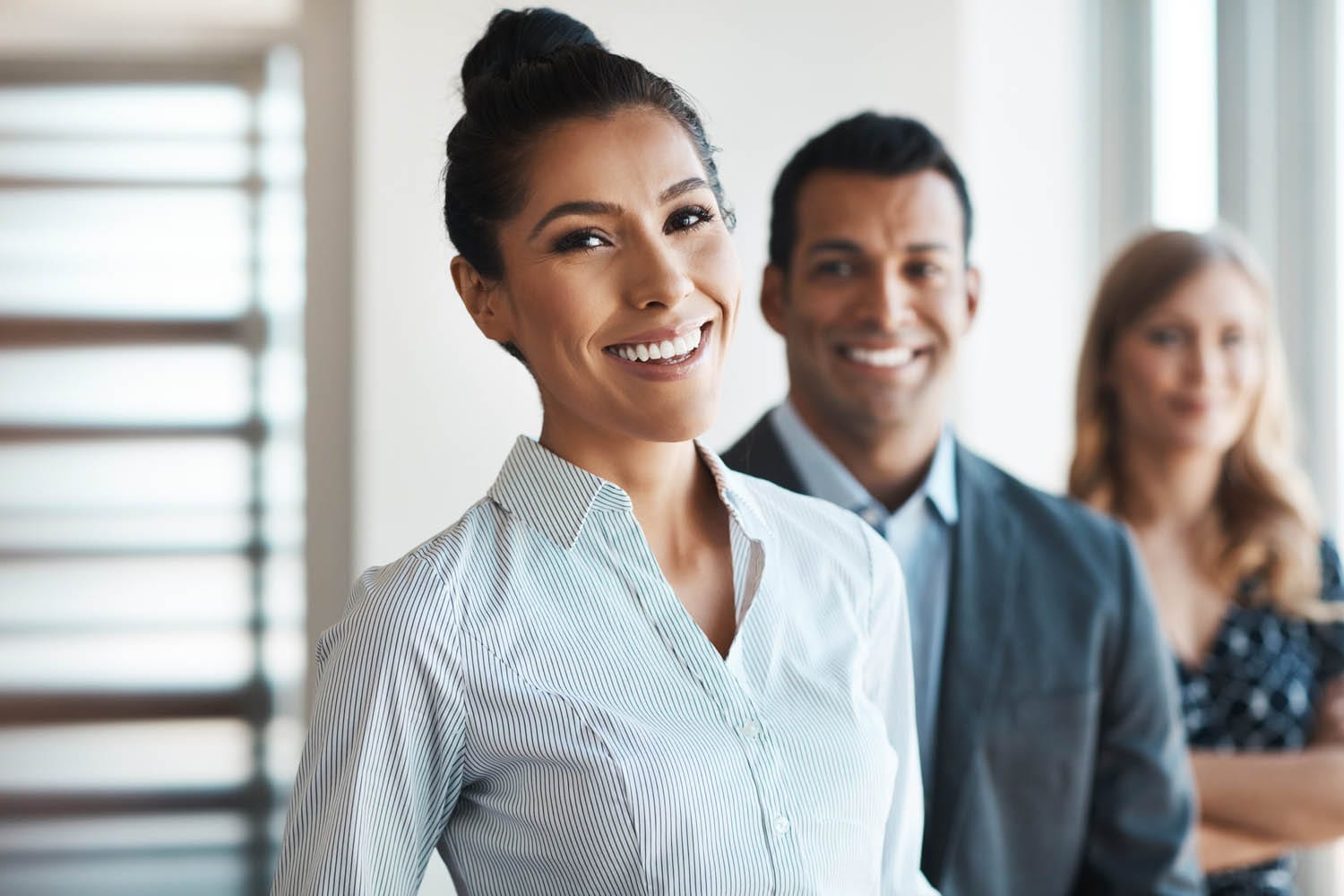 The History of American United Family of Credit Unions

American United has been serving members since December 1952. The credit union is a wholly member-owned, non-profit cooperative financial institution, dedicated to serving the financial needs of its members. We pledge ourselves to our members and community to “Help When Others Won’t.”

Membership in American United is open to anyone who lives, works, worships, or attends school, in Salt Lake and Tooele Counties, Utah and credit union members can also invite their relatives to join.

As of January 2021, American United serves over 25,000 members, with ten branches in Utah and California. The credit union oversees all operations from its administrative office in West Jordan, Utah.

The First Californian Division of American United was founded to “serve the underserved” members of tribal organizations in Southern California.

The Morongo Branch of the First Californian Division was opened on February 23, 2009 and operates to serve the members of the Morongo Band of Mission Indians and their employees. The Morongo reservation is located in Riverside County, near Palm Springs and the Morongo tribe owns and operates a casino in Cabazon, California. American United and First Californian pride ourselves in our ability to offer a wide selection of financial products and services previously unavailable to many of our tribal members, along with a selection of uniquely tailored products ideally targeted to the specific needs of the Morongo community.

In 2016 the credit union was excited to move the Morongo Branch to a new branch office located near the Morongo Casino Resort and Spa.

The First Californian-Morongo Branch continues to serve credit union members at its location of 47993 Morongo Trail, Suite 101 in Cabazon, California.

The First Californian Division of American United was founded to “serve the underserved” members of tribal organizations in Southern California.

The Soboba Branch of the First Californian Division was opened on February 1, 2018, and operates to serve the members of the Soboba Band of Luiseno Indians and their employees. The Soboba reservation is located in San Jacinto, California, near Palm Springs and the Soboba tribe owns and operates a casino on their property as well. American United and First Californian pride ourselves in our ability to offer a wide selection of financial products and services previously unavailable to many of our tribal members, along with a selection of uniquely tailored products ideally targeted to the specific needs of the Soboba community.

In 2005, the NCUA granted a community charter, thereby expanding the credit union’s membership to include all of Salt Lake County (Tooele County was later added in 2016). Following this expanded charter and accompanying the merger with BluesPlus FCU, the Credit Union’s name was again changed to American United Family of Credit Unions Federal Credit Union.

The VAMCU Branch continues to serve both credit union members and shared branching members at its location on the VA Medical Center campus, at 500 South Foothill Drive in Salt Lake City, Utah.

BluesPlus Federal Credit Union was founded in 1961 to serve the members of Regence Blue Cross Blue Shield of Utah. BluesPlus and VAMCU completed their merger on January 1, 2007 and together formed American United. BluesPlus continued to operate as the BluesPlus branch of American United, within the Regence building in Cottonwood Heights until early 2011.

Due to restructuring of the Regence offices and a desire to focus more on the community at large, the credit union decided to relocate the BluesPlus branch on May 1, 2011 to the now renamed Fort Union branch, located on Fort Union Boulevard.

Big Valley Federal Credit Union was founded in 1978 to serve the members of the AUB organization. Although Big Valley has served its members well for many years, a desire to offer a broader selection of products and services led Big Valley to seek merger opportunities with other financial institutions. The merger with American United was finalized on January 1, 2011.

Since the merger, the Big Valley branch has undergone a renovation and opened its doors as a Credit Union Service Center, shared branching location. The now renamed Draper branch is American United’s best location for servicing members in the southern end of Salt Lake Valley and Utah County.

The Draper Branch continues to serve both credit union members and shared branching members at its location of 247 West 12300 South #C in Draper, Utah.

Salt Lake City VAF Federal Credit Union was founded in 1935 to serve the employees of the VA Regional Office in Salt Lake City, Utah. The new regulatory environment surrounding the financial industry has made it increasingly difficult for small credit unions to continue their mission to serve their members and VAF was no different. On July 1, 2011 the merger with American United was completed and the list of products and services available to credit union members was drastically expanded.

The VAF Branch, located inside the VA Regional Office, has been closed for all future operations, however, an ATM has been installed one level below the lobby of the VA Benefits office. VAF members are also encouraged to visit the VAMCU office just a short walk away. It also features drive-thru access for your convenience.

American United and Credit Union One

Credit Union One was founded in 1951 to serve Safeway Supermarkets, the Utah Transit Authority, the Union Pacific Railroad and several other associated groups.

The merger with Credit Union One brought three new branches into the American United Family. Branch locations are:

NECU, like many others, had been feeling regulatory pressures, while at the same time, needed to offer a wider variety of products and services to their members. The merger with American United accomplished this, and allowed the NECU employees to maintain the same operations that members have come to know and enjoy doing business with.

This addition added a branch on the west end of the Salt Lake County at 4770 South 5600 West in Kearns (located just inside the front doors of the Newspaper Agency Corporation building).

Deseret News Employees Credit Union was originally founded in 1946 to serve the members of the Salt Lake Printing Center. After the LDS church purchased the press, the field of membership expanded to include Deseret Management Corporation and the employees of the Deseret News newspaper, around the Salt Lake City, Utah area. The Deseret News and American United merger was completed on November 1, 2014.

Like many smaller financial institutions, Deseret News has been feeling regulatory pressures and needed to provide its members with more sophisticated technologies and products and services, such as online and mobile banking, mobile deposit and a full array of lending products.

This merger allows Deseret News to full implement these products and services, while maintaining the same people who have served the members for so many years.

Grantsville Federal Credit Union (GFCU) was originally founded in 1959 to serve the residents of Grantsville, Rush Valley, Lake Point, and Wendover cities. There were 18 original members and the credit union was operated out of the basement of Joe and Fern Wilson, with Fern serving as the first secretary/treasurer. GFCU started out as a farming cooperative, giving loans to purchase farm equipment, using water shares as collateral.

The credit union saw many changes over the years, expanding its charter to include all of Tooele County in 2002, and moving locations twice. After the Wilsons’ basement, the credit union was operated out of the Bluebird Ice Cream store on Main Street, and finally to its own building on Commercial Avenue.

Like many smaller credit unions, GFCU has struggled with the new regulatory environment that financial institutions exist within, and began searching for a merger partner, reaching out to American United in 2014. GFCU saw American United as a partner that could help maintain that “hometown credit union feel” that their members wanted to maintain. At the time, American United’s charter was limited to Salt Lake County, and the desire to merge necessitated an application to the NCUA to expand the charter to include Tooele county. The expanded charter was approved in January 2016, paving the road for the merger, which occurred on April 1, 2016.

The merger with GFCU added our Grantsville Branch in Grantsville City, and opened the doors to membership for those who live, work, worship, or attend school in Tooele County.

The branch continues to serve both credit union members and CO-OP shared branching members at its location at 50 Commercial Avenue in Grantsville, Utah. The credit union has begun work on a new branch office in a prime location on Main Street in Grantsville and looks forward to a 2018 grand opening!

MidValley Federal Credit Union originally opened in 1950 as a MidValley community-based financial institution. Membership was open to people living, working, or worshipping in the MidValley geographic area, as well as their immediate family members.

In September of 1948 U.M.W.A. Local 8020 Credit Union was organized by a man named Conrad Staley, who opened the doors to a new community credit union in the basement of his home, under a state charter. It started out as a wholesale outlet; various items were purchased and offered to the membership at wholesale prices. The credit union then moved from Mr. Staley’s basement into a small office located in the town Bowling Alley. During that time the credit union gained a sponsor and changed its name to Kaiser Steel Credit Union. Field of membership included all employees of Kaiser Steel Corporation, Dragerton Cleaning Company, Miners Trading Post, Carbon Medical and all immediate family members of the above mentioned groups.

In 1989 a name change was requested due to Kaiser Steel Coal Company filing bankruptcy. The credit union survived the closure of Kaiser Coal Mine, which placed a great financial hardship on many of the members. During that time the credit union gained an enormous amount of respect for the members and their loyalty displayed toward their credit union. The credit union from then on has been known as Sunnyside Credit Union.

In 1999 the credit union chartered under the laws of Utah, due to grandfathering Sunnyside Credit Union’s field of membership then included all of Carbon County Residents. In 2003 an expansion to the field of membership included all the residents of Emery County. From the down fall of the economy in 2008 and with closures of mines in the area, along with being the smallest credit union in our area having to compete with larger credit unions has taken a toll on Sunnyside Credit Union.

In 2016 Sunnyside Credit began looking for merger partners and in 2019 they merged with American United Federal Credit which included keeping the Sunnyside branch open.

We’re here to serve you. Find a First Californian branch near you.

© 2021 First Californian. All Rights Reserved. Unauthorized account access or use is not permitted and may constitute a crime punishable by law. ABA Routing Number: 324078640

IT'S THE 10th ANNIVERSARY OF THE END-OF-YEAR MEMBER REWARD DIVIDEND - CLAIM YOURS TODAY! TRIPLE VISA POINTS for the Holidays is here! IDENTITY PROTECTION available for all members! Apply to Skip-a-Payment Today!

This website uses cookies to help us enhance user experience, analyze site usage, and assist in our marketing efforts. We encourage you to read our Privacy Policy to learn more about how we use cookies and how we collect and use visitor data. By continuing to use this site, you consent to the placement of these cookies.